Godhead The General is a Bronx, NY Hip Hop artist. He is of Latin American descent, born in New York City during the essence and rise of hip hop. He witnessed the beginnings, the development, and globalization of hip hop right in his own back yard. Godhead had incorporated elements of hip hop into his livelihood before the world had even embraced hip hop as a culture. From break dancing to eventually MCing, he learned that style and originality were vital if you wanted to stand out. Godhead The General comes from "the hardergrounds". A term that Godhead and his original crew Maniacal Madness used to described The Bronx, and later used this term to describe the rhyme style. It's underground, but with a harder edge, yet still having commercial appeal. While residing in Philly for a while, godHead had to create a name for himself in the underground hip hop scene, being that he was from New York. Hence, the movement that was started by godHead, his wife/manager Sabina Diaz, Mekz One & AhdChild) and godHead's brainchild called T.H.O.R. Takeover (Truth, Honor, Originality, and Realism-The takeover is an ongoing campaign to change the industry sound back to originality. godHead The General is not only an artist, but labels himself a "trendsetting mogul in the making". Initially getting his name out there through performing; hosting and organizing cipher events with live performance and producer showcase ( The Cypher, Mic Check THORsday and Verbal Revolution in Philly and in NYC at The Knitting Factory, Nuyorican Poets Cafe); acting as an A & R by taking in dope hip hop talent from NYC, Philly, Jersey, to Chicago and developing them or promoting them; serving as the video editor for artists projects; co-host of the worldwide IIourShow Radio which airs live every week WNJC 1360 in Jersey, and heard online by 1.5 million listeners, and on livestream.com/thethortv. godHead The General has gained fans internationally via thortakeoverrecords.com, IIourShow, online music and collaborations with Snowgoons, KnightStalker, Ganjak and more. He has released The Introduction EP, Introducing The Mixtape with DJ SoulBuck and hosted by Cee Knowledge, as well as The X Factor-The Trendsetter Gene with DJ SoulBuck. In 2014 godHead The General will release Behold The Tyrant-Lord of War Vol 2 with French producer Ganjak, an album engineered almost entirely by Block McCloud from Disturbia Music Group. Behold The Tyrant-Lord of War Vol 2 is the follow up to godhead The General’s The Introduction EP-The Lord of War Vol. 2 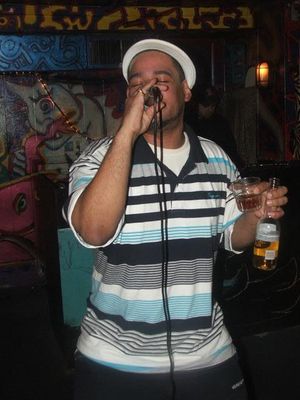 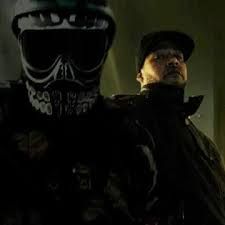